Adverse possession of land has for many years been a way to gaining and losing title to land. This is still possible, though considerably more difficult when land is registered on the Land Register.

The possibility arises because the law has long recognised that legal rights cannot last forever. Otherwise, people would be at risk from legal disputes which took place generations ago. The right to recover land from a some who is adverse possession of it lasts for 12 years. After that, the law will uphold the right of the person in adverse possession, not the right of the (former) owner.

As a matter of law, adverse possession requires that a person be in physical possession of land, to the exclusion of the true owner, and also that they have an intention to possess the land – in other words, an intention to act as though they were the true owner. The clearest demonstration of physical possession will be where someone fences-off land, or where they move into a building and change the locks on the doors. But the law can also apply, for example, where someone takes over maintenance of a hedge. And it is possible to be in adverse possession of land which is not fenced. For obvious reasons, a private road cannot be enclosed by a fence. But acts such as resurfacing the road, and generally treating it as one’s own, may suffice.

A claim to have acquired title to land by means of adverse possession we will fail if the person making the claim (including, if relevant, people who were previously on the land) has not been in possession for 12 years, or if the true owner has not been excluded from the land, or if they have acknowledged, in writing, the rights of the true owner.

The law applies as described above in relation to land which is unregistered. The title to most land in England and Wales is registered on the Land Register; but substantial areas are not registered, the reason being that a requirement to register arises only on the happening of specific “trigger” events. This may be the case for bodies which have held land for a long time, including for example public bodies and charities. But it will also include small areas of land which have no recorded owner because they have become neglected and forgotten; and some sort of land which people are interested in using but which no one wishes to claim as theirs. Roads and paths, other than those which belong to public bodies, are sometimes in the latter category.

For land which is registered, adverse possession has the same legal meaning. But obtaining title to it by means of adverse possession is more difficult, as a result of the Land Registration Act 2002, and is in practice largely confined to mistakes made in good faith about the precise position of a boundary.

In the diagram, A’s land and B’s land are both registered on the Land Register, but (as is usual) the Land Register does not show any precise boundaries. For years there has been a fence along the line x – x, and A has treated the grey area as part of his property. But B maintains that the boundary between the two properties is along the line y – y, and the grey area is his. A can apply to the Land Registry to have the grey area shown as part of his title. There are several grounds on which he can make such an application, one of them being that he owns some adjoining land and reasonably believes that the disputed area is his, and that he has been in adverse possession for the last 10 years.

B can challenge the claim, which will then go to a tribunal to be decided. If the claim fails, B must then take action to reclaim the grey area, by making sure the boundary fence is at y- y, not x – x. If he doesn’t do so, and lets A remain in adverse possession of the grey area, then after two years A can make another application, which this time will succeed because B cannot challenge it.

in practice, then, the law places strict limits on the circumstances in which a person can claim registered land by adverse possession. A claimant must be the owner of adjoining land; and she must have the necessary “reasonable belief” that the disputed land is hers. This may be so if the disputed area appeared to be part of the land when she accommodated. It is less likely to be so if she herself move a boundary fence, or took possession of the adjoining land in some other way.

As to what actually constitutes adverse possession, the law remains unchanged, and has been analysed in many past decisions of the courts. Much will depend upon the facts of each case. Special rules apply in some cases: in order to claim land from the Crown, the adverse possession must last for at least 30 years. And it is not possible to obtain title to land which is part of a public highway (in legal language a “highway maintainable at the public expense”) because legislation lays down that ownwership of such highways must rest with the local authority and therefore cannot pass to anyone else.

Whether the “old” (pre-existing law) applies, rather than the law under the Land Registration Act 2006.

Whether possession has lasted long enough to obtain title

Other pages which may help you: Boundaries, Ransom strips, Restrictive covenants. 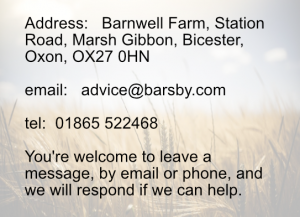